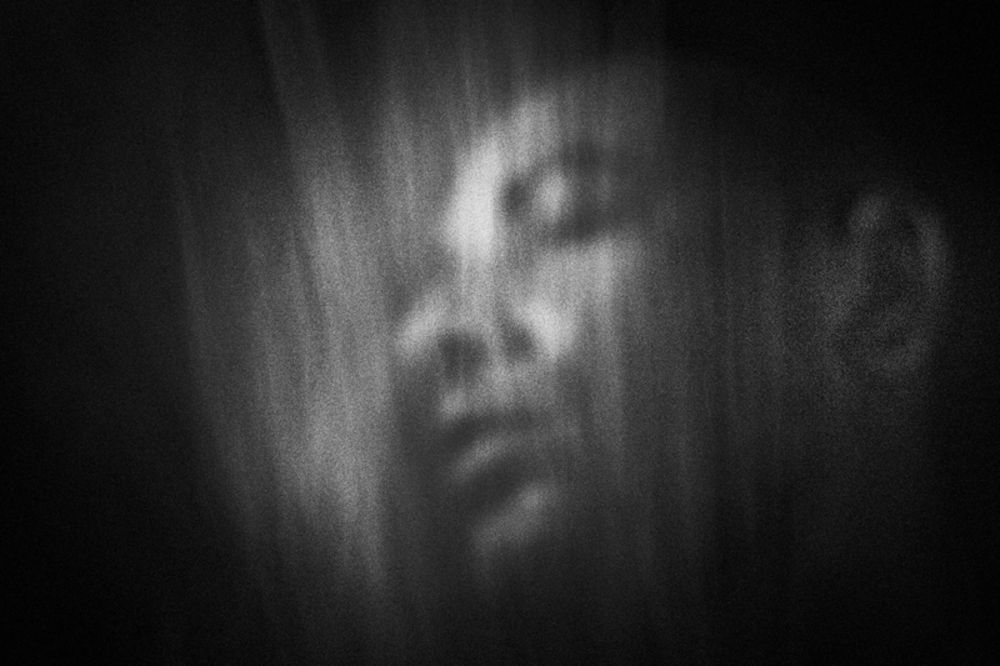 The work of Sayed Asif Mahmud is my first exposure to the photography culture of Bangladesh, but it’s certainly given me the desire to explore further. Although these technically rough photos would probably make your high school photography teacher wince, they’re not the result of carelessness. In fact, they can be placed within a larger tradition of messy black-and-white snapshot photographers like Daido Moriyama and Antoine D’Agata. But let’s leave aside these figures for the moment, and look at Asif Mahmud’s work on its own. There are a few different series on Asif Mahmud’s site, but I’m particularly interested in “My City Of Unheard Prayers,” a series of photographs taken at night which seems to boil his work down into its most basic elements. He’s using light and shadow (also the title of a Moriyama book) in a very primal way. The light in the frame usually doesn’t show us any “thing,” but rather a texture, or an opening, or a reflection. We could say that the photograph showing a man’s face the most clear, in that there is a proper subject to look at. But even in this photo, it’s difficult to focus on his face, instead of the haze which shrouds it. What can the shot of cars on wet cement tell us? It looks like they’re only there to illuminate the scar-like texture of the road, which holds the image together.

Some part of me knows that these photographs don’t represent what Dhaka is “actually like.” “My City Of Unheard Prayers” presents a highly stylized vision, which is what allows me to imagine that a road could have a scar in the first place. It is possible to say that this gritty, high-contrast black-and-white style has already been done to pieces by Moriyama and others–Asif Mahmud has a dog photo to match Moriyama’s most famous shot. This would miss the point, though. The style itself is accessible to anyone with a camera and film. (This does actually exclude a great number of people.) If we think of the style as a kind of language, spoken by Moriyama, D’Agata and others, Asif Mahmud has developed his own vocabulary–or, you know, “found his voice,” if you prefer. It makes the rest of his work, which includes a series about the tobacco trade in Bangladesh, all the more compelling.

Dan Abbe is a writer and photographer working in Tokyo. He writes a blog about Japanese photography, Street Level Japan. On Twitter he’s @d_abbe.